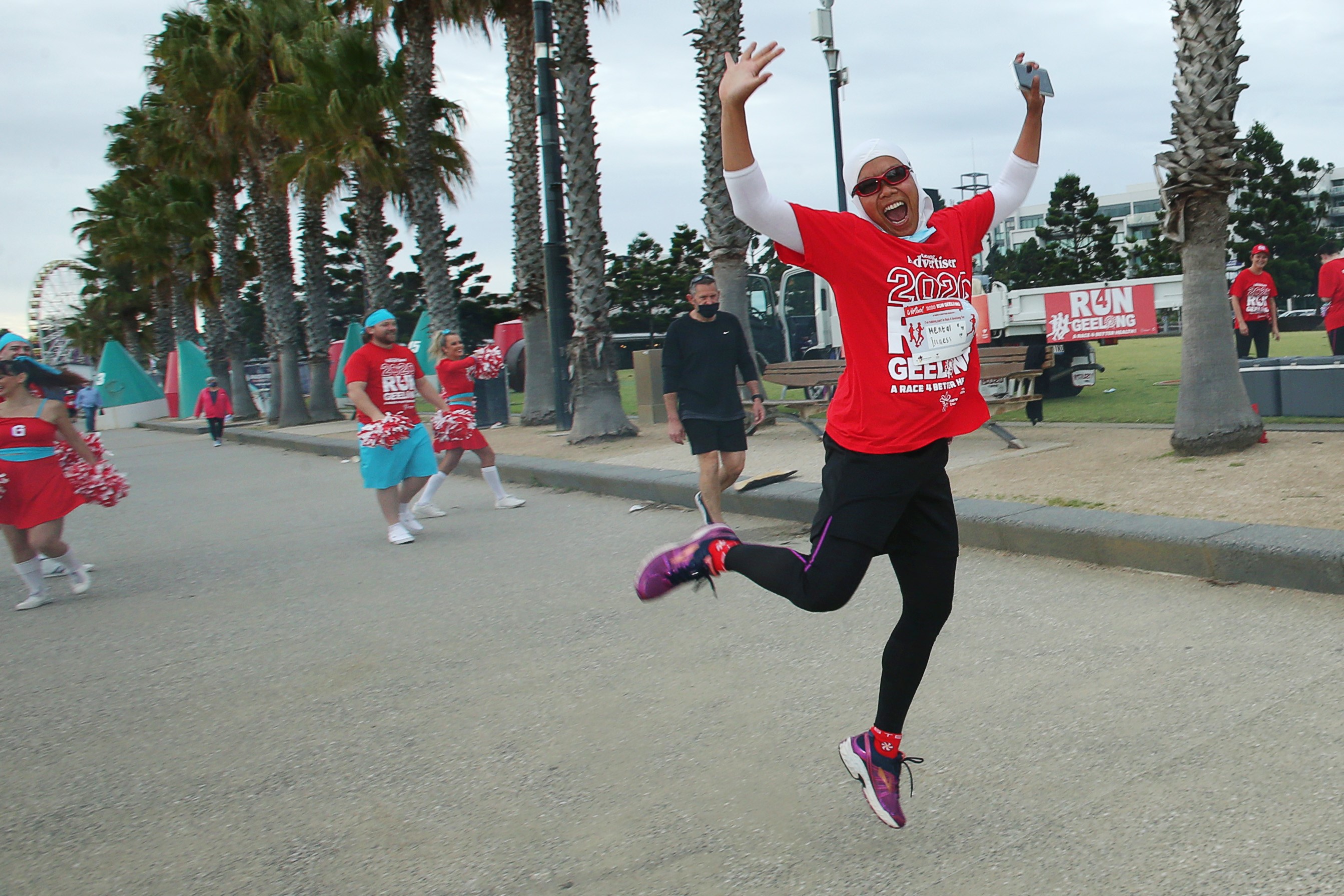 Close to 2000 people came together virtually on Sunday November 15 to support our local health service, Barwon Health and raise over $115,000!

As with most things in 2020 Run 4 Geelong looked a little different – rather than a sea of people filling the central streets of Geelong the community came together virtually to support Barwon Health and raise vital funds.

Participants signed up online, received their iconic Run 4 Geelong t-shirt and then completed their chosen distance in an area of their choice. The Barwon River and Geelong’s beautiful waterfront were popular choices but the Run 4 Geelong red t-shirts were spotted in the Surfcoast, Bellarine Peninsula, Otways, interstate and even overseas!

Fundraising was a massive focus this year with several participants taking on the extra challenge of raising funds for a Barwon Health area close to their hearts above their donation of their registration fee. Our top 3 fundraisers respectively raised almost $10,000 – an absolutely amazing achievement!

Our top fundraising team is team Super Mick! Team Super Mick is made up of the Kearney Family in support of their dad and husband Mick who is currently receiving treatment at Barwon Health’s Andrew Love Cancer Centre. The team raised over $5000 for the centre is recognition of the care Mick is receiving. The family created their page only 24 hours before the event and raised over $3000 in that time!

The Barwon Health Foundation are extremely grateful to the Geelong community for the support Run 4 Geelong has received in 2020 especially given the difficult time a lot of people have gone through.

“To have achieved the result we have in 2020 is so incredible. We are overwhelmed by the generosity and support of the Geelong community and our supporters who have made Run 4 Geelong such a success this year. We are looking forward to another great year next year.” Zoe Waters, Executive Director Barwon Health Foundation.