As Father’s Day approaches, local father and St Mary’s Coach Glenn Keast tells his story about the day that changed his life forever and the importance of heart health to support the Barwon Health Foundation Father’s Day Project.

Apart from being my fiftieth Birthday, May 30 was a really normal morning. I had planned to get up early and go for a run along the river before St Mary’s football training.

I was keen to do some exercise because I had a few mates coming over that afternoon to share a few celebratory drinks for my 50th birthday. However I slept in a little and decided my sweat session was going to be to train with the players in our small group of 10.

It was there, on the oval at training, that I went into cardiac arrest. 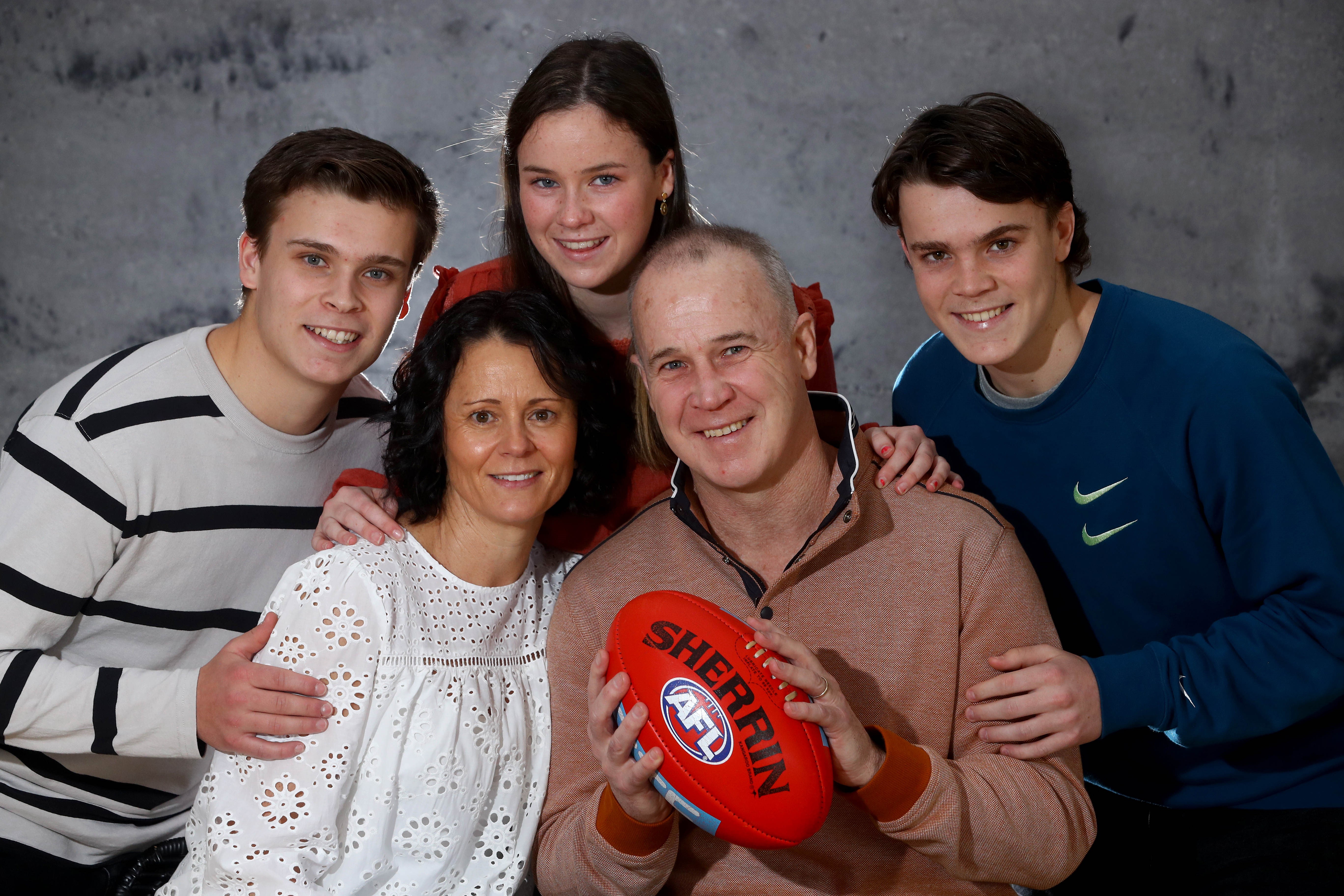 I have no recollection of my cardia arrest.

I have little memory from the time I left home. I do remember what I had for breakfast. But I cannot remember driving to St Marys Oval or even where I parked my car. I have vague recollections of talking to our Football Manager, Scott Hosking, when I arrived, but nothing at all of the training session that lasted around 15 mins before I collapsed.

In the lead up to my cardiac arrest I can recall some minor chest pains in the middle of my chest, when doing a few early morning runs in the weeks before. I simply put it down to really cold mornings and not taking my Ventolin inhaler, which I rarely used these days.

In the lead up to and because of COVID lockdown I’d probably trained more than normal and felt fitter than any time in my recent memory. It’s now five and half weeks since my cardiac arrest and the first five days are almost a complete blank.

The last couple of days in ICU I have some vague memories, but it wasn’t until I came back to the cardiology ward that I have clear and concise memories. Ihad an ICD (pacemarker) fitted and with the first one the lead moved after around seven days, so I had to go back into hospital and have the device leads moved back into place.

I feel like my first month has been really all about getting back to being physically well through the aid of the doctors and nurses at University Hospital Geelong and the aftercare processes.

So far I’m yet to return to work, even though I feel I physically could return. I’m going to take my time and ensure everything I do, both physically and mentally, are done in a progressive way.

I’m thankful to Cotton On where I work as they’ve been enormously supportive in me taking it easy. I’ve commenced some physical exercise (mainly walking) each day which has been rewarding as I really don’t feel too different to before the arrest.

As a father, I was extremely emotional in hospital at times when I thought about my entire family and, especially my children. I lost my Dad in a truck accident at 27 years of age, which was traumatic and it was hard not to consider the thought of the impact of me not being around would have on my young family.

Fatherhood is extremely important to me. Together with my wife Carolyn, we are very proud of our 3 children and the young adults they’ve become.

I know they supported Carolyn extremely well through my ordeal and I thank them so much for that. Seeing my children grow into adults and realise their dreams and aspirations is massive, and I’m going to do everything I can to be around to support and guide them.
I am feeling positive about the future. As a survivor of a cardiac arrest I feel extremely lucky, especially after doing some research about things like survival rates for out of hospital cardiac arrests.

The future now looks good for me, the pacemaker is fitted as an insurance policy and I know I will need mediation for the rest of my life. However I’m excited that I will be able to physically do most things I aspire to do, and that cognitively I have no issues that I’m aware of.

As Father’s Day approaches, now more than ever it’s important to take a moment and really think about our own health. Men’s health is something we as men all think about, but we aren’t that good at talking about, and we are often worse at doing something if we sense something isn’t right.

We all need to play a role in changing that. Proactively see the doctor, to have check-ups, but also have a health assessment, talk to your GP about anything that does concern you. As men we need to see health as an investment to be around to see our children grow up.

Don’t ignore even the smallest symptoms with your heart, breathing etc. Get checked out.

I’m honoured to be an Ambassador for the 2020 Barwon Health Foundation Father’s Day Project to support local men’s health.

By sharing my story, I hope to create awareness and, if one father gets checked and that saves him from going through a heart issue and it enables them to see their kids grow up, then sharing my story is definitely worthwhile.